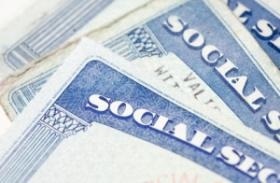 Should we count on Social Security?

Many of my clients express concern over the future of Social Security....and rightly so. The system is badly out of balance with current recipients generally receiving much more than they have contributed, as reported by the Economist. People are living much longer than they were in 1935 when the system was created, but there are changes that could be made to make the system more sustainable.

There are plenty of opinions expressed on the future of Social Security as this article on Motley Fool outlines. Some experts believe the system as we know it will disappear or be drastically reduced. Others think not much will change beyond a small modification such as delayed retirement age, lower benefits or a slightly higher Social Security tax rate. The fear is that gridlock in Congress may make any reforms impossible, though some recent, cost-saving changes have been implemented

Social Security was originally implemented to reduce the terribly high rate of poverty among senior citizens, and it has been incredibly effective. It is a popular program and it's hard to imagine the American people allowing it to be destroyed.

So while I remain optimistic that our leaders will make the changes needed to keep the system in place, I also help my clients prepare for the worst case scenario by running stress test analyses on their financial plans to see the effect of a system that pays only 70% of current estimated benefits, or no benefits at all.

Estimating your future Social Security benefits and the best time to begin benefits is crucial to your family's financial security in your later years. Be sure that your planner is considering this important aspect in your personal financial plan.